With the hundreds of steakhouse restaurants in Dallas, there aren’t many remaining that are as dedicated to delivering the authentic flavor of Texas as we do here at Y.O. Ranch Steakhouse. From the Y.O. Ranch Texas beef to the authentic ranch-style restaurant décor to the friendly service and local Texas beverages available at the Y.O. Bar, we stand by our word to serve you the true Texas taste.

A Dallas Steakhouse that Brings the Ranch to the City

All of the beef at Y.O. Ranch Steakhouse in Dallas is not only U.S.D.A. Prime, but is also hand-cut in house. It is prepared using the methods very similar to the ones the ranch hands have been using for over 125 years. Here at the steakhouse, we claim our true Texas heritage from the internationally known Y.O. Ranch located in the beautiful Hill Country of The Lone Star State. It is where our free range cattle and wild game are raised the old fashioned, natural way. Even the restaurant atmosphere with its authentic rustic décor, natural elements, storied Y.O. Ranch artifacts and antler chandeliers provide relaxed, yet comfortable elegance like no other. From entrance to dining and enjoying your meal, you will receive true Texas hospitality as you embrace the warm, charming elegance that has made the Y.O. Ranch Steakhouse legendary.

We Carry the True Flavor of Texas at the Y.O. Ranch Steakhouse Bar 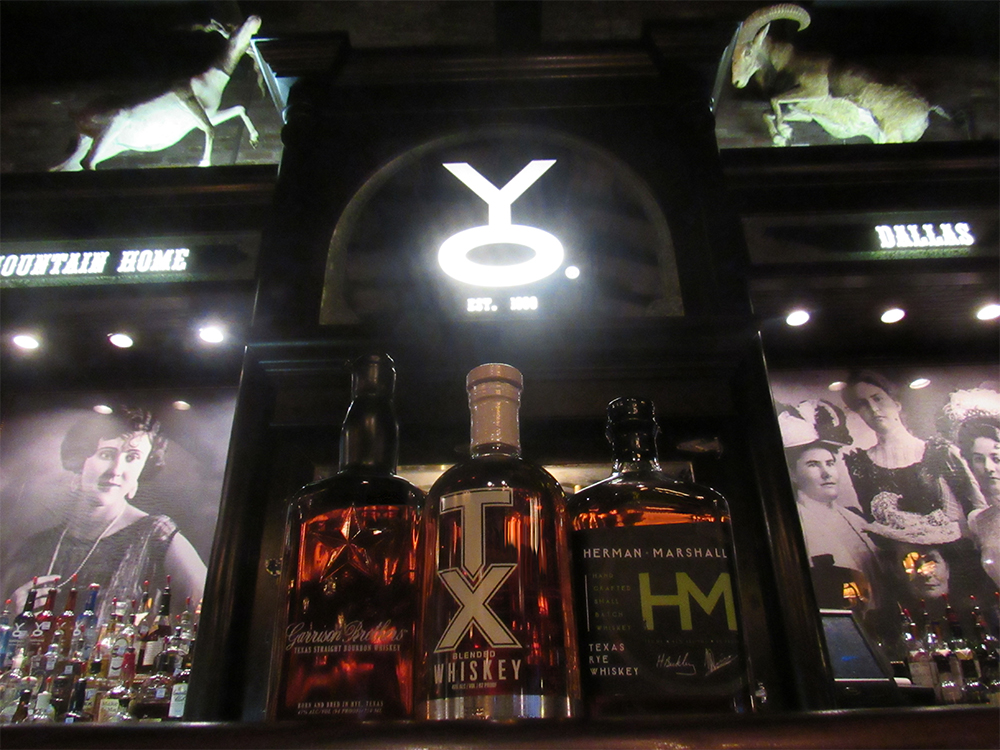 There is a lot more to come out of Texas than just beef and Dr. Pepper. At Y.O. Ranch Steakhouse, we proudly carry out many Texas traditions at our full service bar. Specifically, we carry three of The Lone Star State’s famous bourbon whiskeys including Garrison Brothers Texas Straight Bourbon Whiskey, Firestone & Robertson Texas Blended Whiskey and Herman-Marshall Texas Rye Whiskey.

Single-mindedly dedicated to making fine bourbon, Garrison Brothers is a small artisan distillery that makes only bourbon. They have a mission to study the craft and enhance it every day. They utilize vintage agricultural products and work with organic Texas farms that grow and provide fresh harvest corn and grains. Every barrel and every bottle is made by hand. Their flagship, the Texas Straight Bourbon Whiskey, made in nearby Hye, Texas can be found, poured and enjoyed right here at Y.O. Ranch Steakhouse.

Founded by Leonard Firestone and Troy Robertson in 2010, the Firestone & Robertson Distilling Company is located in Fort Worth and is the only artisanal bourbon whiskey distillery in North Texas. They decided to become partners because of their equally shared vision of creating uniquely Texan expressions of classic whiskeys that they could offer at remarkable value. Their Texas Blended Whiskey is a “proprietary masterpiece” they are truly proud of; it is “an extraordinarily complex spectrum of fragrance and flavor that mixes well or stands alone on the rocks or neat”. They set out to create an American blended whiskey that would stand up against the best Scottish, Irish and Canadian blends. After two years of sampling numbers of whiskeys, determining characteristics of their favorites and experimenting and capturing an even better, more robust flavor, they introduced their Texas Blended Whiskey that Leonard and Tony hope you will really enjoy. 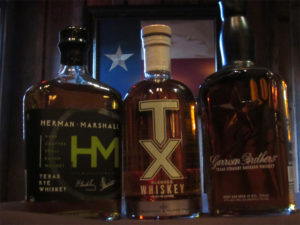 Started by Herman Beckley and Marshall Louis, the Dallas Distilleries Inc. is located in Garland, TX, just a short distance from the Y.O. Ranch Steakhouse. From a story in the Dallas Morning News this past November – Herman-Marshall “is doing very well, particularly in Dallas,” Richardson (V.P. of spirit sales) says. “People say, ‘Oh, I want a Texas brand.’ But even inside Texas, they’re saying, ‘I’m from Dallas. I want the Dallas brand.’ We want them to do well because this is our backyard.” Made from the corn up, the Herman-Marshall Texas Rye Whiskey is one of three blends; they also produce their Texas Bourbon Whiskey and Texas Single Malt Whiskey, all produced right here in Dallas County.