Cooked to juicy perfection, a fine cut of steak is one of the most mouth-watering parts of your visit to a steakhouse. Of course, if you’ve ever enjoyed a meal of filet mignon, you know that not every cut of steak is the same.

Want to make sure you’re ordering the right steak the next time you sit down for dinner at a Dallas steakhouse?

The following will give you all the information you need to point out your favorite cut on the menu and have an incredible evening at Y.O Ranch Steakhouse in Dallas.

Interestingly, the reason some cuts of beef taste more tender than others corresponds to the level of activity of the steer in the area where the cut was made. For example, a steer won’t use a muscle called the “Longissimus dorsi” too often, and this area commonly offers the most tender cuts for steak. 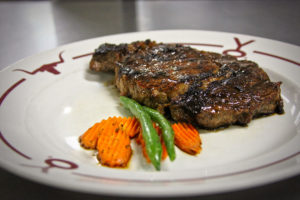 If you’re looking for a flavorful cut, you can’t go wrong with the rib eye. Restaurant goers who enjoy steak on a regular basis often stick to this cut since it’s versatile in presentation, as well as juicy and tender.

It doesn’t matter if you pan-fry it, broil it, or grill it, the rib eye will never let you down. A rib eye steak will offer that classic marbled appearance, and you might not believe it, but it’s the generous amount of fat in the steak that gives it that classic taste.

Unlike a rib eye cut, the tenderloin is a cut that doesn’t have a high amount of fat, and the marbling effect is quite diminished. Like other cuts of steak, the tenderloin is extraordinarily tender, and some describe the texture as “buttery”. 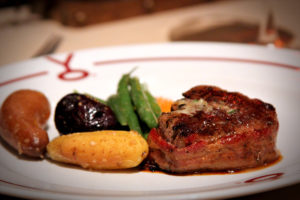 The tenderloin isn’t the easiest cut to master whether it’s pan-fried or grilled because there’s such a thin line between a perfectly cooked piece and a dried out steak. Chefs at steak restaurants in Dallas often wrap this cut in bacon to enhance the cut’s flavor. 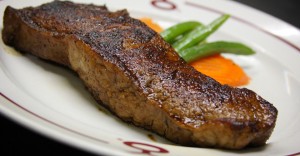 The Longissimus dorsi muscle provides the cut known as the strip, and this is a modestly tender cut, but it’s not as tender as a tenderloin. The strip features a fair amount of marbling, and it’s a solid “beefy” cut.

If you’ve decided to cook at home instead of heading out to a downtown Dallas steakhouse, there’s a good chance you’ve chosen a strip steak as your go-to cut since it’s easy to cook. It’s also a popular cut at steakhouses as a mainstream steak with only a modest amount of fat. 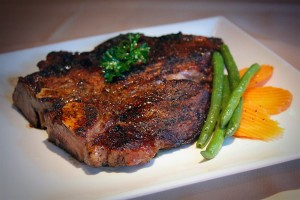 The T-bone is actually two cuts in one and is separated by a bone shaped like a “T.” The two cuts are a piece of tenderloin and piece of strip. The size of each side depends upon where in the short loin primal muscle the cut was taken.

Another popular entry at steakhouses in Dallas, the neat feature of the T-bone is that you’re getting two pieces of steak that do have a modestly different taste. The strip is delicious and beefy while the tenderloin is juicy and tender.

Now it’s time to get to know your steaks. At Y.O. Ranch Steakhouse, we have these cuts and more. So come out to your Downtown Dallas steakhouse to discover your favorite cut of steak today.