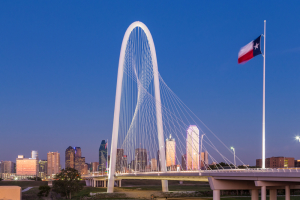 Enjoy the busy and enthusiastic activities of Downtown Dallas whether you’re visiting for a weekend or you’re a longtime resident who wants to discover something new in your hometown.

Find everything from cultural pursuits and sightseeing to some of the best steakhouses in Dallas in this historic and vibrant area of the Dallas Metroplex.

Here are just a few ideas for your next trip to Downtown Dallas. 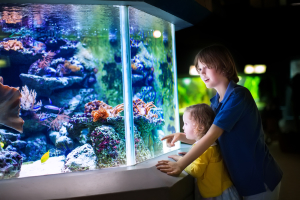 Graceful and ethereal, aquarium fish sometimes look like they’re from another planet, but fish aren’t the only features of this popular aquarium. Built in what was once an old, abandoned warehouse, the aquarium opened its doors in 1992 and has spent the last few decades educating its visitors on conservation and education.

One of the coolest features of the aquarium is its multi-level rainforest and exotic mammals that live in the huge habitats. Watch penguins eat lunch, see sharks glide through their huge tank, and see if you can spot the jaguars stalking around the tropical plants and trees.

Don’t miss this: The catfish that’s as big as a car! Also, Y.O. Ranch Steakhouse is located just a few short blocks from the aquarium, so come by before or after for some of the best steak in Dallas.

Dallas Heritage Village: Like a Time Machine to the 19th Century

Touring old houses is a fun way to get a glimpse into the past, but it’s so much more fun when live events and reenactments are part of the experience. The Dallas Heritage Village is a terrific stop for kids, but it’s also a picturesque place to stroll and learn for adults. The park features almost 40 restored buildings that date from the middle of the 19th century to the late Edwardian era.

The buildings that comprise Dallas Heritage Village aren’t just reproductions. They’re actual buildings from their respective eras. It’s so much more fun to learn the stories of people who lived in another era when you’re actually standing in the buildings where families of the past spent their lives.

When to go: Visit the Dallas Heritage Village for all its holiday events too! 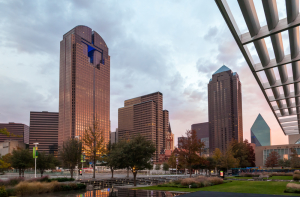 On the northern side of downtown sits the Dallas Arts District. This expansive area features several museums and art collections, and you probably can’t see it all in one day. The community was planned in the 1970s, and it’s like virtually no other arts district in the entire country. Various arts installations were once located all over the city, but soon a mixture of contemporary and historic art attractions came to the arts district.

The Dallas Museum of Art is considered one of the nation’s best museums, so it should be your first stop if you’re new to the arts district. The Nasher Sculpture Center, which features modern sculptures, as well as the Crow Collection of Asian Art should also be on your list. You’ll also want to check out the current offerings from the AT&T Performing Arts Center.

For a lunchtime break: Talk a stroll over to nearby Klyde Warren Park with your picnic blanket, or as you make your way through the city, come by and see us at the corner of all the West End Dallas restaurants.

Y.O. Ranch Steakhouse-Dallas Restaurants: As Authentic as it Gets

One of the activities that Texans do best is amazing food, and it’s one of the first things Texans lament when they leave the state: one-of-a-kind steakhouses in Dallas. If you’re looking for one of those classic restaurants in Downtown Dallas with all the ambience and unforgettable food, head to Y.O. Ranch Steakhouse. 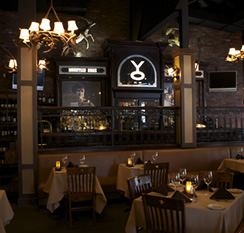 This well-loved steakhouse features a pretty unbeatable combination of classic steakhouse fare and old fashioned architecture in the main dining room. Locals swear the Y.O. is one of the best restaurants in Dallas, and the establishment brings in regulars and visitors alike, so you might want to make a reservation, even if it’s a weeknight.

Short on time? Try the Y.O. Bar. Get a quick bite and enjoy the friendly atmosphere.

The Sixth Floor Museum at Dealey Plaza: A Wealth of History

Even if you weren’t alive when John F. Kennedy was president, his legacy remains one of the most notable of the United States despite his early death at the hands of an assassin’s bullet. The Sixth Floor Museum has tens of thousands of items and documents from the Kennedy era, as well as images and video footage from that fateful November day in 1963.

One of the most powerful features of the museum is the area where the authorities believe Lee Harvey Oswald fired a rifle to kill the president. Enclosed in Plexiglas, it’s like staring into another era, and it’s a powerful way to remember the past.

Don’t forget: Take a stroll to the grassy knoll across the street and get caught up with the history and conspiracy theories of the “second gunman.”

Reunion Tower: A 561 Foot Tall Part of the Dallas Skyline

Whenever you see a picture of Dallas, it’s hard not to focus on Reunion Tower, which has been a part of the skyline since 1978. The towering structure was built as an effort by the city to revitalize the downtown area. Having undergone a few recent renovations, the tower once stood alone, but a Hyatt hotel was built right next to it in the late 1990s.

Reunion Tower is open every day except Christmas, and it’s an amazing venue to visit in the evening as the sun sets and the glittering lights of Dallas begin to illuminate the night. It’s also a prime spot for sightseeing in the afternoon and getting to see the Dallas skyline from the air.

Did you know: From the observation deck of Reunion Tower, you can see Dealey Plaza where JFK was assassinated.

Sitting on the grass in a park is one of the most idyllic ways to spend an afternoon, but Klyde Warren Park is much more than a few picnic tables and swing set. The park features music on Thursdays, chess tables in the Reading & Games Courtyard, and an amphitheater that provides activities for kids at no cost.

The park is a terrific spot to relax, but it also features more than its fair share of sporting activities. Practice your game at the putting green, play a game of ping pong, or bring your beloved pooch to the dog park for some fetch.

Try this: You can play a game of croquet at Klyde Warren Park.

Get cultured in the arts district, relax in Klyde Warren Park, and end your day at the best steakhouse in Downtown Dallas. Offering its visitors effortless fun, Downtown Dallas is where you’ll want to return more than once. If you’re looking for a day of diverse activities and venues to entertain every age from eight to 80, Downtown Dallas won’t disappoint you.